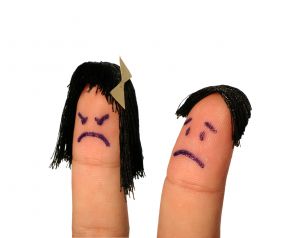 “Can you come down this weekend and attend the inter-school choir festival? She’s taking part in it and would love it if you are there.”

As calls from my ex-wife go, this was one of the more memorable ones. She does occasionally remind me that ‘I still have a daughter despite the divorce’, but the context is not usually this positive. This invitation was very different from the usual guilt ICBMs, and my mind did a quick inventory of the times I had made myself available for such events in the past. The resultant figure made me squirm.

As a chronically unavailable father, I had never made time to be part of my daughter’s school life. I think that I believed, at some level, that paying her fees and incidental expenses covered my burden of obligation on that front.

That weekend three years ago, I boarded a train to the city I had left behind even before I regained my ‘single’ status in court. During the journey, I came to terms with some unpalatable truths:

• I had effectively abandoned my daughter after the divorce. I had literally thrown the baby out with the bathwater
• In terms of being a real-and-present Dad, I fell short by a mile. Even before the divorce, I had always been preoccupied with only my own affairs. After it, I continued to be – only with a sense of justification attached
• My daughter’s childhood had passed me by. As a result, the thought of how her needs had evolved intimidated me

I had been playing the undemanding role of the archetypal sugar daddy – in town occasionally to shower her with gifts, then breeze out again.

Her face glowed as I picked her up in the hot afternoon sun. She seemed to take special pride in meeting me in her school uniform. The tie was ineptly knotted. I reveled in a strange sense of wholeness as I set it right. I stepped back and examined her.

“You look absolutely beautiful,” I said. She giggled with delight. At thirteen, this lady-in-the-making had just received male approval from her rightful primary provider. In the rickshaw, she snuggled up to me until we reached the school.

Pandemonium at the inter-school choir festival’s venue. Every school in town had its student choir taking part. The scene was a splash of brightly coloured school uniforms.

She was in her element, introducing me to some of her classmates. How had she been handling questions about her father’s whereabouts in the past? I would have been at greater ease in a boardroom full of strange business suits.

Her class’ choir was the second act after the intermission, and we sat together in the audience until then. It was a mind-blowing experience – these kids could sing! This was not just some kiddie-school do that parents sat through with bored, condescending smiles on their faces… this was a genuine musical event.

She threw me a shy grin as she marched down the aisle with her class’ choir group. Moments later, the geriatric MC announced their rendition – ‘Reach For the Stars’, and they were on.

It was a perfectly choreographed rendition of Shirley Bassey’s timeless song of hope and optimism, which had once made it to the #1 slot in the UK charts.

There’s a place waiting just for you
Is a special place where your dreams all come true
Fly away, swim the ocean blue
Drive that open road, leave the past behind you
Don’t stop – gotta keep moving
Your hopes have gotta keep building
Never ever forget that
I’ve got you and you’ve got me, so…

After the show, we ambled through the dark streets. I held her hand and breathed in the sights and sounds of this peaceful town I’d left behind. We talked of nothing deep, and it was awesome to share this simple, undemanding moment with her. I bought her a soft toy at a store we passed, overwhelmed by the pleasure this seemed to give her. She has it with her to the present day.

We shared a spicy fast food meal and an orange juice further on, and then I dropped her off at her mother’s place again. There was a lump in my throat… maybe a minor throat infection brought on by the cool weather?

I knew that the deeper stuff would eventually come. She was a teenager now. There would be tricky questions – “Why did you and Mummy split?” “Was it something I did wrong?” For the moment, however, we were still safe. God had given me this fleeting moment of real togetherness with my daughter, at the very fag end of her childhood. No tough questions yet – other than the ones I have been asking myself since then. Of course, it’s possible that I’m taking myself far too seriously.

I did learn something for sure that evening – my daughter doesn’t love me for my parenting victories, or hate me for my shortcomings. She loves me because I’m her Dad. My wife (yes, I remarried a couple of years ago – and she’s the light of my life) assures me that children retain their uncanny ability to love unconditionally right up to the moment we teach them to be adults…