Just this month, my brother Atul Chitnis died – painfully.  When that happened, I thought I would never live it down. Today, a couple of weekends after his struggle ended in death, I have time to reflect on this and I’m not sure whether to be proud of or be disgusted with myself. 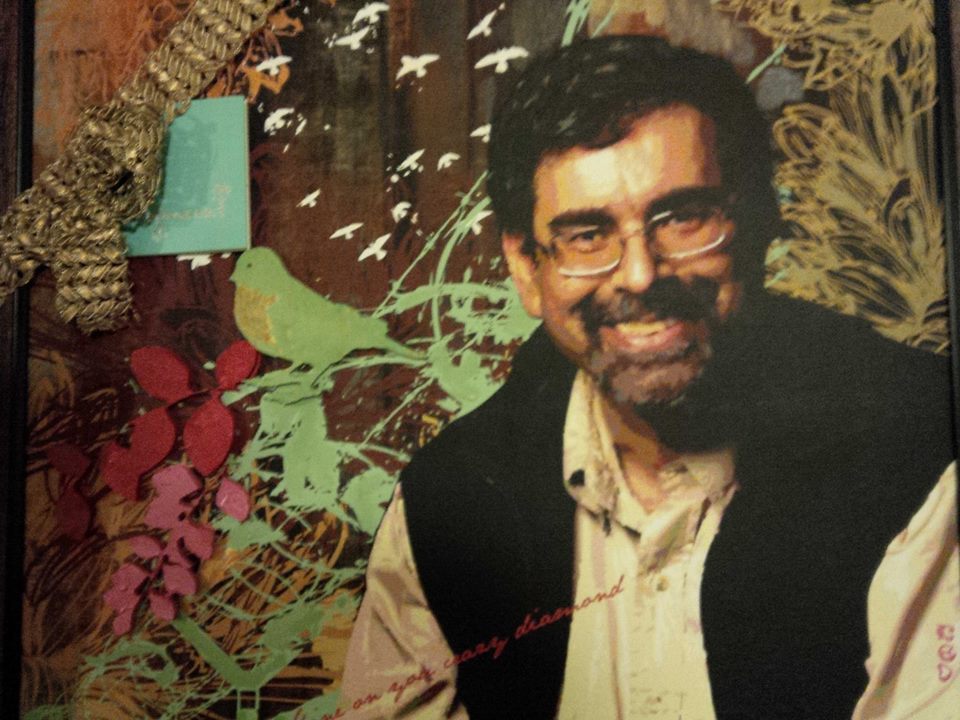 You know, it’s funny – we can get over the death of a family member. I’m not sure how this uncanny ability stacks up in terms of moral brownie points, or how our illusions of family solidarity manage it. But we can do it.

There was a time in my life when I was trained to observe my own thoughts and feelings mercilessly. Delusion and self-deception were no options at all – my job was to acknowledge my emotions, accept responsibility for them, and deal with them in some way.

Back then, there were good reasons having to undergo such emotional survival drills, and I am – even today –  thankful for what I learned.  However, this training has the depressing quality of surfacing at the most inconvenient times. Whenever I think I have successfully rationalized myself out of a psychological tight spot, I land up in the dock once more. 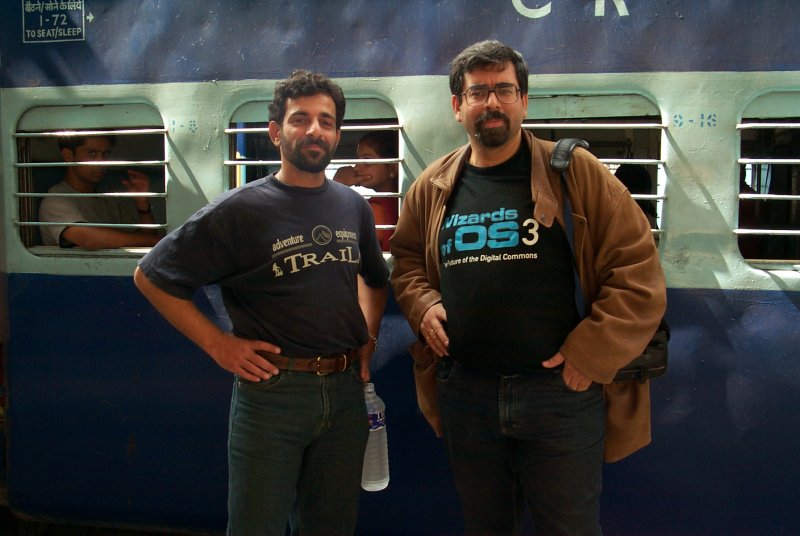 Because I was unable to distract myself with work, tax problems and housekeeping today, I was forced to admit certain inconsistencies in my psyche – my brother, Atul Chitnis, was more to me than flesh and blood. I cannot escape the fact that I am trying desperately to forget he ever walked this Earth.

Atul Chitnis was a man who dismissed everything but proven facts. I – not because I am his brother, but because I think this is a good premise – accept this as valid. On the basis of this premise, I have absolutely no assurance that Atul continues to exist on some ethereal plane. There are very good chances that he is gone for good.

The questions I ask myself today are:

Today, when my mind has nothing else to distract itself with, the answers it produces for these questions do not flatter me at all. Today, I mourn for my brother because he was my brother, not because we did not meet each others’ expectations. Today, I am torn because I  could have been a better brother to him….

Women!! Yes, you with the chic perm and the faux diamond brooch! And you with the grunge queen look and the Janis Joplin snarl! And you in the corporate formals with a strategic bit of décolletage showing! Yes, you with the shopping list clutched in your hand and the harried look on your face! You too. All of you – hear me!!

The beeping/blooping/ringing/singsongy noise it made when the salesman gave you a demo before you bought it? The kind that goes away when you press the little button with a green ‘receive’ icon on it? That noise you obviously found so irritating, rude or inappropriate and decided to replace with the ‘vibrate’ feature? THAT’S NOT A MALFUNCTION!! IT’S SUPPOSED TO BE THAT WAY!! IT’S CALLED A RINGTONE – IT’S SUPPOSED TO RING!!

Ah, the wonders of technology. Just a few years ago, we’d marvel when Captain Kirk flipped open that snazzy handset and drawled “Beam me up, Scotty – this rock sucks.” We’d stare briefly at the clunky telephone next to the TV set and wonder when we mere mortals would ever have such a convenience.

Well, here we are. The cellular phone is now a reality – everyone has one. There’s one in every pocket, purse and belt-loop, and hanging from every neck. Even the roadside newspaper vendor warns you off by holding out an imperious hand while he gets an urgent update from the local hooch joint on his cheap cellular phone. Today, information travels like a lightning storm on crack through every nook and cranny of the planet. And that’s a good thing. Humans are a communicating race. We have come a long way since the only way of getting a message across was to jump up and down and bash someone over the head with a sun-bleached dinosaur bone

And that’s my whole point. This is the age of communication. You, my dear denizens of the fairer sex, are of course entitled to reap all the inherent benefits of this happy fact – but you have missed the point.

You seem to be under the impression that the cellular phone is nothing more than a device that you whip out and use only when you need to ask the local inquiry service where exactly that lingerie sale the Mirror advertised this morning is. Until such a contingency arises, it would seem that your cell phone serves no useful purpose and must reside unheard and unheeded below a micro-avalanche of tissues, lipsticks, credit cards and a laminated photo of Cousin Annie’s cute little tyke in his Tae Kwon Do uniform. It has not dawned on you that communication is a two-way street – not a all-take-and-no-give deal.

Women do not answer their cell phones. This is a universal law, with some stray exceptions that only prove the rule. They do not answer the phone because THEY CAN’T HEAR IT!! THE BLIGHTED THING IS PERMANENTLY SET TO ‘VIBRATE’, AND THAT VIBRATION ELICITS NO RESPONSE BECAUSE THE DAMNED CELL PHONE IS IN THEIR BLEEDING HANDBAG, BURIED UNDER COSMETICS, CHANGE AND SAFETY PINS!!

A woman acquaintance of mine finally explained to me that women face certain limitations that we men cannot relate to. On the surface, it makes sense. As a rule, today’s women’s apparel does not feature pockets or belt loops. The absence of belt loops is explained by the fact that their hips are already curved in a manner that negates the possibility of their pants sliding down without warning in a crowded subway. The absence of pockets derives from a Freudian truth that is unconsciously upheld by most fashion designers today – women’s butts must represent an unblemished, uninterrupted contour vista.

For this reason, women would no more brook pockets in their pants than they would stoop to wear anything but seamless panties. Nothing must comes between their butts and those admiring stares that men throw at them as they undulate gently under those designer jeans. After all, we must ensure that the planet stays populated. If women wore pants with pockets in them, we would face a serious population deficit in less than five years.

So – women have no pockets to put their cellular phones into. If they did, they would feel the vibration (and probably find themselves thinking of Brad Pitt without really knowing why). They have no belt loops in which to thread a belt, which in turn could support a cellular phone case.

“Fine,” I asked my acquaintance after this patient explanation of life’s hard truths. “Then tell me why, if women have no means of keeping the thing close to their skin, do they still choose to have their cellular phones perpetually on ‘vibrate’ mode, which is patently useless if the damned thing is buried in their handbags. Doesn’t it stand to reason that it should be set to the highest possible ring tone volume instead?”

“Unlike you men…” she said, with a distressingly deprecating emphasis on the word ‘men’, “…we take our jobs seriously. Loudly ringing cellular phones are simply not appreciated in a serious work environment.”

There you have it – insecurity. Women know that they are fundamentally disadvantaged in a world where the male species are essentially top of the heap. They are scared that appearing anything but 100% immersed in their flowcharts might cause them to lose their jobs.

However, it goes beyond that. After all, women keep their cellular phones in ‘vibrate’ mode even AFTER office hours. This is because a blaring cellular phone can be SUCH a tedious distraction while Oprah is strutting her stuff on the boob tube, or while sister dearest is proudly displaying a new batch of photos of little Martin puking all over the sedan’s back seat.

Knowing all this will not stop me from making one last impassioned plea to the cellular phone-owning women of this world – TURN ON THE DAMNED VOLUME UP ON YOUR CELLULAR PHONE!! WE KNOW YOU EXPECT MEN TO BE MIND-READERS, BUT THIS IS GOING TOO FAR!! WE ARE TRYING TO GET THROUGH TO YOU!! HELLO… HELLO!!! TURN THE DAMNED VOLUME UP, FOR THE LOVE OF GOD! TURN IT UP! TURN IT UP! TURN IT….